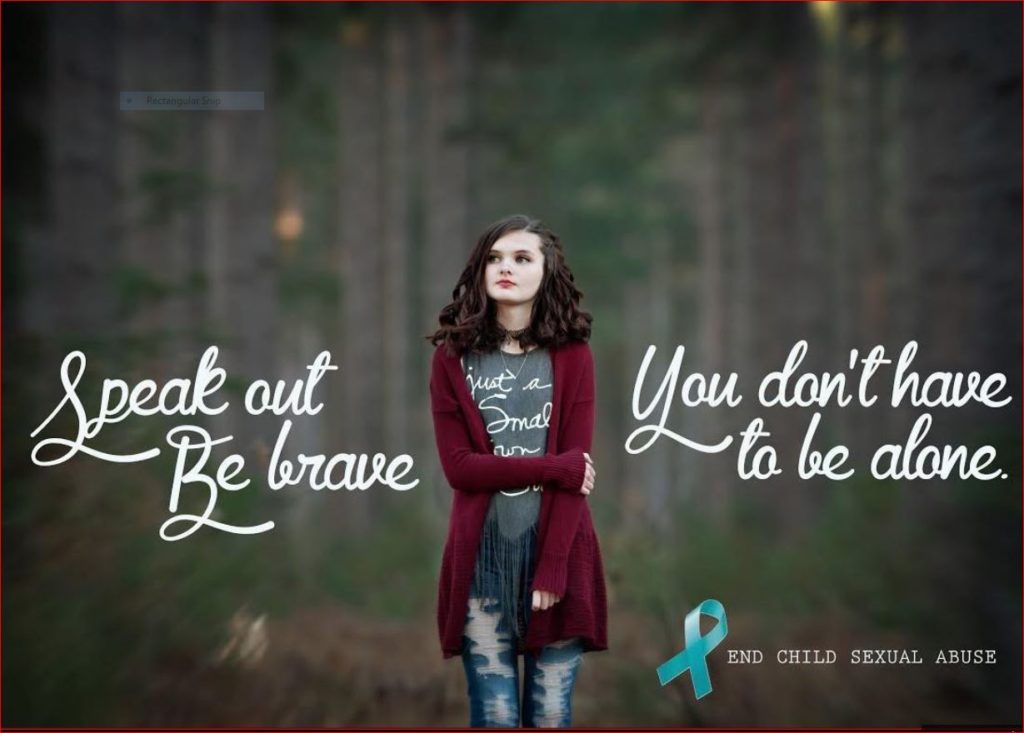 Recently, CASDA’s Children’s Program Coordinator, Nicole Nemec, had the chance to talk with Douglas County resident Alexis Vasseur Roberts about Alexis’ experience of sexual assault and her decision to bring that experience to the public eye. CASDA thanks and applauds Alexis for sharing her story!

Alexis is a fairly typical teenage girl. She plays volleyball and loves music. She plays flute, piano and wants to learn more of the violin. She wants to be a writer or an actress. Recent events haven’t changed her life plans but she definitely has added some new goals to her list.

When Alexis first got in contact with the Center Against Sexual & Domestic Abuse (CASDA) it was because she had been sexually assaulted by a great uncle. After speaking with Amber Popplewell, CASDA’s Sexual Assault Program Coordinator, she realized she could talk to people about it.

It wasn’t easy for her to open up about what had happened. Alexis admits that she “got moody and mad easily” and couldn’t control her emotions. When she did tell someone what had happened at school, they were overheard. Her shirt reads “Just a small town girl,” and in that small town it wasn’t long before the whole school seemed to know what had happened. At first it was difficult. She lost a long- time friend. The administration tried to help by talking with classes about the effects of rumors, but it did little to help.

People would come up to her and ask her if the rumors were true. People she had known for a long time started to tell her about the things that had happened to them. Through Snapchat, she forged a new friendship with a boy who had been through some traumatic things himself. Others came to her with their problems and soon a group of teens who had experienced some of life’s traumas was formed. Speaking out made her realize she was not alone.

Alexis’ journey isn’t over. Her abuser had more than one victim and the family has been impacted by his actions. Alexis had this photo taken as part of her healing process. She wants to tell her story. Her goal is to encourage others to speak out so that they too can heal. To that end, Alexis is willing to do speaking engagements to encourage others to speak out about child sexual abuse.